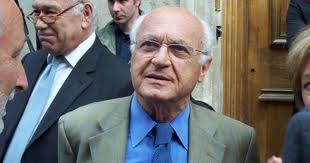 He does not change his negative attitude on the bill criminalizing denial of the Armenian Genocide and is for establishing an international tribune by independent historians, who would have expressed their opinion on the Armenian issue. According to him, it is the only way to put an end to the problem between the two states.

“Turkey must recognize it,” he concluded.

Finkielkraut, who is also against the bill, stated that those debates opened their eyes on obvious lie, which presents moderate Islamism by the Turkish Justice and Development Party.

French National Assembly passed the bill criminalizing denial of the Armenian Genocide. The bill penalizes denial of the genocide intending a year of imprisonment and/or €45,000 fine. French Senate will vote on it on Jan. 23.