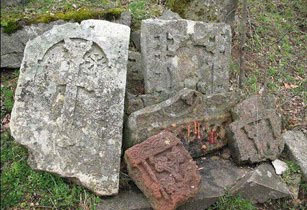 Robbers from Turkey’s eastern region of Genci (Bingol province) are desecrating Armenian graves in an attempt to dig out gold, Asbarez reported, citing the Turkish media.

The residents of Surekli village were quoted as saying that the vandals had dug a hole as deep as six feet, unearthing lots of bones.

According to them, the lands in the territory, which was formerly inhabited by Armenians, has been periodically excavated by treasure seekers.

“The recent incident shocked us as. While the treasure seekers used spades and pickaxes before, they now put special machines into operation. We call upon the state bodies to take tougher measures,” the governor of the village said.