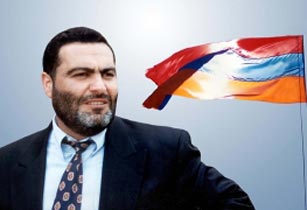 1992 -1993 – was the first Armenian defense minister, presidential adviser on security and the president’s representative in the republic’s border regions

1999 – was given Armenia’s Hero title (posthumous)

His role in Armenian army formation can’t be forgotten. His contribution to Armenia’s statehood building is very important as well. People gave him a name “sparapet” (chief commander).

In 2000 streets, schools in Armenia and Artsakh and the military institute and units were named after him.