Home » Armenian Genocide and Massacres in the Ottoman Empire

Armenian Genocide and Massacres in the Ottoman Empire 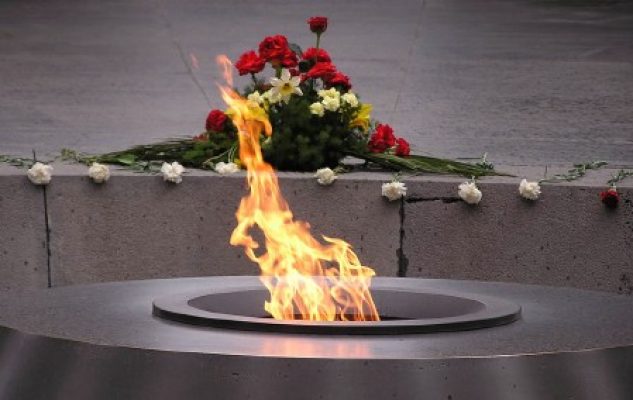 By the late 1880’s there approximately 2.500.000 Armenian people living in the Ottoman Empire. Since World War I, the number of Armenians in Turkey has barely reached more than 120.000. The difference can be accounted for in the large number of Armenians who were slaughtered or forced to flee to other countries in the period from 1894 to 1921.

The tension began when Armenians in the eastern provinces of the Ottoman Empire started to impress upon the people the idea of Armenian self-government, under the encouragement of Russia. As the number of revolutionaries grew, they formed into various political groups, ad finally into two revolutionary parties. The first party, developed in 1887, was called Henchak, meaning “The Bell.” The second, called Dashnaktzutiun, meaning “Union,” was established in 1890. During this time, Sultan Abdulhamid II, the leader of the Ottoman Empire, was promoting nationalistic feelings and animosity towards the Armenians among neighboring Kurdish tribe men, in hopes of suppressing the revolutionaries. The persection that resulted, along with an escalation in taxes, gave the Armenians two solid reasons for a revolt. In 1894, Armenians in Sasun fought back by refusing to pay the required taxes. Their revolt was not successful-Armenian villages were burned and thousands of people were killed by Kurdish tribesmen and Turkish troops.

Two years later, the Armenians again attempted to rise against the Turkish autocracy. Hoping to make European powers aware of their motives, they took over the Ottoman Bank in Istanbul. Groups of Muslim Turks organized by government troops halted their effort by killing more than 50,000 of the Armenian dissenters.

The persecution of the Armenians continued during World War I.  Armenians who volunteered to help the Russian army fight the Turks were forced to leave when the Turkish government ordered all Armenians to deport to Syria and Palestine. Even those fighiting with the Ottoman army were removed. They were taken to labor battalions where they were subjected to the same horrors as all other Armenians-premature death. Sometimes the method of execution was slow and painful, such as starvation or physical abuse. Other times the method was quick and brutal, such as machine-gunning. The Turks left no one alone. On April 24, 1915, two hundred fifty-four Armenian intellectuals were arrested in Istanbul and then taken to the provinces of Ayash and Chankiri, where most of them were later killed.

The Armenians were now left almost without leadership. The Ottomans destroyed both their military and social defenders. Taking advantage of the Armenians’ vulnerable situation, the Turks ordered all Armenians out of every village in Turkish Armenia and Asia Minor. As the villages were evacuated, men were often shot immediately, and women and children were forced to walk limitless distances to the south, where if they survived the trip, they were put into concentration camps. In these camps, such as the most horrid one called Deir ez-Zor, located in Syria, Armenians suffered agony and torment similar to what the Jews would experience in the Holocaust in future years. Armenian prisoners were starved, beaten, and murdered by unmerciful guards. Sometimes, however, the Armenians were not sent to concentration camps. In Trebizond, for example, they were put on ships and then thrown overboard, into the Black Sea. The Armenian genocide was still being executed in 1921, when Kemalists were found abusing and starving Armenian prisoners to death.

In spite of heroic resistance, approximately 1,500,000 Armenians were killed in a twenty-eight year period. This does not include the half million or more who were forced to leave their homes and flee to foreign countries.

The Armenian genocide is not as well known an occurrence in history today as it deserves to be. The Ottomans succeeded in murdering a million and a half Armenians. Little attention was paid to this tragic episode in history by both the victorious allied powers at the end of World War I, and by noted historians. Thus, ignored by many, the valuable lesson which might have been learned from this Armenian genocide went largely unnoticed. If more attention had been centered on the slaughter of these innocent men, women, and children, perhaps the events of the Holocaust might never have taken place. This is the valuable lesson each of us must learn.