Home » Armenia and Armenian People in the World War II

Armenia and Armenian People in the World War II 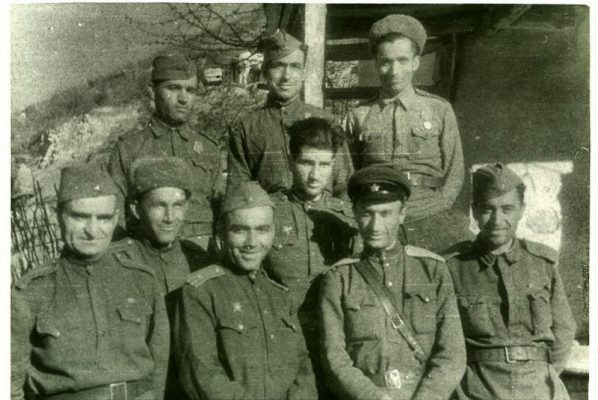 The contribution of the Armenian people to the victory of the Allied Powers in World War II has been significant.

As many as 600,000 Armenians participated in the war fighting in the Red Army and its national divisions, in the armies of Allied Powers or in the ranks of the Resistance movement.

Every fifth Armenian left for the frontline…

Armenian soldiers served in many military branches of the Red Army: the infantry, armoured troops, aircraft, and artillery, at the Navy, logistics and health units. Armenians were soldiers and commanders at all levels, up to the commanders of divisions, corps and armies.

More than 100 thousand Armenians were enlisted into the armed forces of Allied forces, mostly into the French army as well as almost 20 thousand in the US army. Thousand Armenians, mainly prisoners of war, served also in German army.

More than 200 thousand (some sources mention 250-300 thousand) Armenians did not return from the war, which is equal to 1/7th of the population of Armenia.

Six Armenian national divisions participated in the Great Patriotic War, five of which were formed after the outbreak of hostilities.

The 76th Rifle Division (51st Guards División “Vitebsk” Order of Lenin the Red Banner named after K. E. Voroshilov) was formed in May of 1922 in Yerevan. Marshals Ivan Baghramyan and Hamazasp Babajanyan served in this division. At the beginning of the War, the Division carried out special operations on the territory of Iran, then participated in fights from Stalingrad to the Baltic states and Belarus, liberating about a thousand settlements.

The renowned 89th Infantry Rifle Tamanyan Division (Order of the Red Banner, Order of the Red Star) was formed in Yerevan in December 1941. The division began its military path from the foothills of the Caucasus and participated in the liberation of Sevastopol, Balaklava, Kerch. For the heroism demonstrated on Taman Peninsula, the division was given the honorary name “Tamanyan”.

Over the course of the war, the Tamanyans liberated more than 900 settlements. Under the command of Major General Nver Safaryan, the 89th Division was among the first ones to cross the border of the USSR, passing through the entire territory of Poland and entering the capital of the Third Reich in the spring of 1945. The division defeated the German garrison in Berlin, and was awarded the Order of Kutuzov Second Class for its accomplishments. In Balaklava, where the mass grave of the 89th Division soldiers is located, the Armenian Soviet Socialist Republic erected a memorial monument dedicated to Tamanyans.

The Armenian 390th Infantry Division, established in September 1941, also participated in the battles for Kerch. Members of the division demonstrated great courage and fortitude in Crimea as well.

The 408th Infantry Division was formed in August 1941. Fighters of the Division battled at Novorossiysk and Tuapse. In October 1942, despite being completely surrounded, the Division managed to withstand numerous attacks by enemy forces and break through the encirclement, and declared victory on the Elbe.

The 409th Rifle Division of “Kirovograd-Bratislava” (Order of Red Banner Order of Bogdan Khmelnitsky, second Class), was formed in August, 1941. Up until December 1942, it defended the state border from a possible invasion from Turkey. Starting 1943, it participated in battles in the Chechen-Ingush Autonomous Soviet Socialist Republic, Stavropol and Krasnodar, as well as in the battles for the liberation of Hungary. The division is most prominently known, however, for the courage it demonstrated in battles for the liberation of Bratislava. At the end of the war, the members of Division paraded victoriously into Vienna.

The 261st Rifle Division was formed in fall of 1942. Its task was to guard the Soviet-Turkish state border.

Along with the national military troops, eight divisions were established or expanded in Armenia. In addition, during the years of World War II, over 85 thousand recruits were trained in Armenia. Since the territory of Armenia was equated with the frontline zone and a significant part of the state border was passing through its territory, special attention was paid to staff training against any potential invasion attempts by the enemy.

Armenian soldiers participated in all major battles and military operations of the Great Patriotic War.

During the years of war, five Armenians became Marshals of the Soviet Union: Ivan (Hovhannes) Baghramyan, Marshal of the Soviet Union, Ivan Isakov (Hovhannes Isaakyan), Admiral of the Fleet of the Soviet Union, Amazasp Babajanyan, Chief Marshal of Armored Forces, Sergey Khudyakov (Armenak Khamferyants), Marshal of Aviation, Sergey Aganov, Marshal of Engineer Troops. Marshal Baghramyan commanded the First Baltic Front, and subsequently, the Third Belorussian Front. More than 60 Armenian generals carried out command on all fronts of the war, among them – three army commanders and three corps commanders. At the end of the war, 83 army officers had been promoted to the rank of general. .

Armenians were known not only as commanders and fighters of regular troops, but provided great contributions to the ranks of partisans and resistance forces in the Soviet Union and the European countries. In France, the guerrilla regiment of Alexander Ghazaryan numbered 1,200 Armenians, and the member of the French Resistance Missak Manouchian became the National Hero of France.

Armenian intelligence agents made a special contribution to the victory. The heroic deed of Gevorg Vartanyan’s group is etched in gold in the history books of intelligence. It revealed the plan of the Nazis to liquidate the heads of state – participants of the Tehran Conference in April of 1943. The operations were coordinated by Ivan Agayants, the resident of the Soviet intelligence in Tehran.