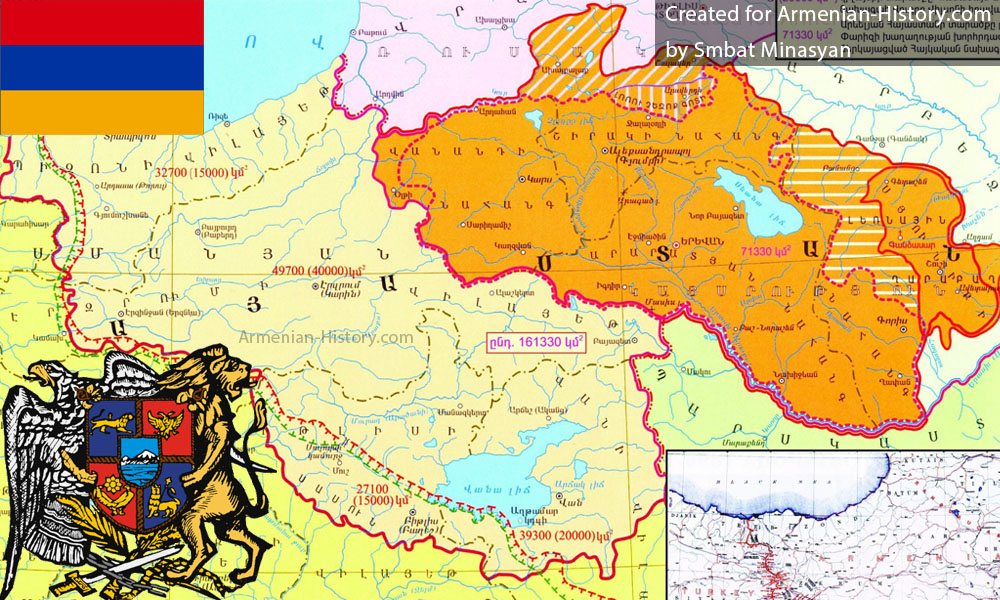 To provide the reader (even the general one) with a short essay that simplifies the intricate web of domestic politics characterizing inter-party relations in the Republic of Armenia between 1918 and 1921 is not an easy task. The limits of a  short essay, is, very simply put, inadequate, if  one wants to make  an  in-depth […]

History of The First Republic of Armenia 1918-1920, officially known as the Republic of Armenia   The Transcaucasian Federation Disintegrates Despite this (Sardarabad’s) most significant victory for the Armenians, the political deterioration in Transcaucasia was so serious that there was no cause for rejoicing among Armenians. At the Batum conference the Turks had seemed insatiable […]