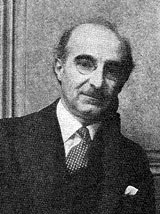 Hovsep Pushman (Յովսէփ Փուշման May 9, 1877 – February 13, 1966) was an American artist of Armenian background. He was known for his contemplative still life and sensitive portraits of women, often in exotic dress.

Hovsep Pushman was born and grew up in the town of Tigranakert (Historic Armenia, Ottoman Empire) where his family, originally “Pushmanian,” was in the carpet business. Hovsep Pushman showed artistic ability early, and at age 11 was the youngest student ever admitted to Constantinople Academy of Art.

By 17, he had gone to the United States and started teaching art in Chicago. He studied the culture of China, immersing himself in oriental art and perhaps philosophy. He then studied in Paris under Lefebvre, Robert-Fleury and Dechenaud. He exhibited his work at the Salon des Artistes Francais in Paris, winning a bronze medal in 1914 and a silver medal in 1921. He also was awarded the California Art Club’s Ackerman Prize in 1918.

Pushman’s artistic identity began to take shape after he opened his own studio in 1921.

In 1932, Pushman was honored with a one-man show at the Galleries. Sixteen paintings were on display and all sold the opening day. The same year his painting The Daughter of the Sheykh, which had won a silver medal in Paris in 1921, was purchased by the Metropolitan Museum of Art. The winner of the 1936 art drawing at the Grand Central Art Galleries, Walter S. Gifford of AT&T, selected a Pushman still life of a Chinese statuette.

Thereafter, Pushman’s career was devoted to one subject, oriental mysticism, and one form, the still life. His paintings typically featured oriental idols, pottery and glassware, all glowing duskily as if illuminated by candlelight. They were symbolic, spiritual paintings, and were sometimes accompanied by readings, which help explain their allegorical significance. Most important, they were exquisitely beautiful, executed with technical precision.