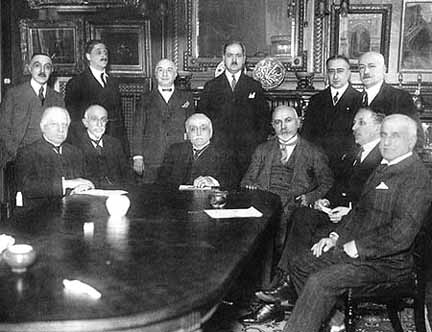 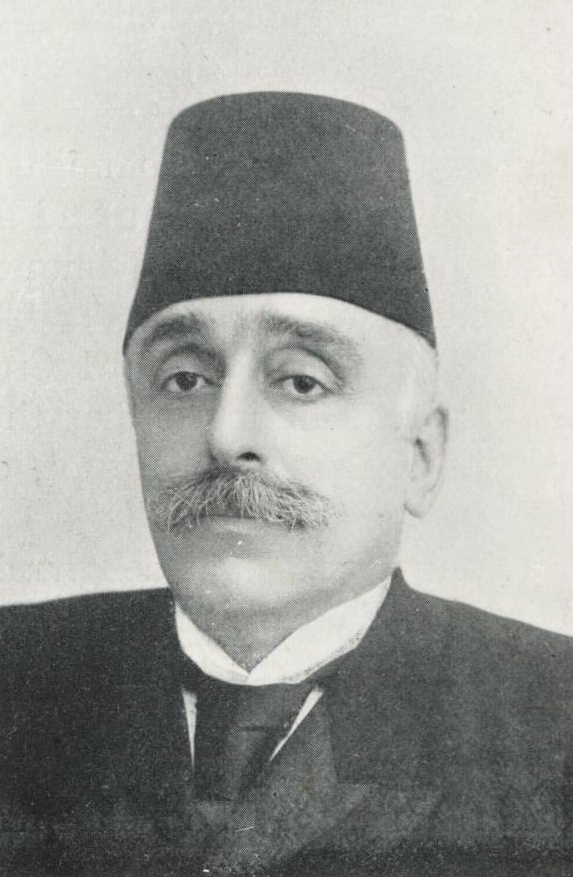 Boghos Nubar Pasha (Պողոս Նուբար փաշա Alexandria 1851 --- Paris 1930) Son of Nubar Pasha, three times prime minister of Egypt. Educated Egypt and France. Engineer and public works civil servant in Egypt: worked on Cairo water supply and irrigation in the Sudan. One of the founders of Heliopolis. In 1906 founded with others the Armenian General Benevolent Union, of which he remained president until 1928.

Appointed by the Catholicos in 1912 to be head of an Armenian delegation in Paris to co-ordinate pro-Armenian activities and publicize the Armenian case. To London in September 1916 to be told where he fitted into the Sykes-Picot plan. In 1918 Boghos Nubar helped set up the largely Armenian Legion d'Orient. In 1919 he became president of the Armenian delegation at the Paris peace conference, representing Western Armenians; despite friction with the Republic's delegation, the two achieved a working relationship. Retired from politics in 1921, concentrating on welfare and construction. Boghos Nubar remained in Paris until his death in 1930.